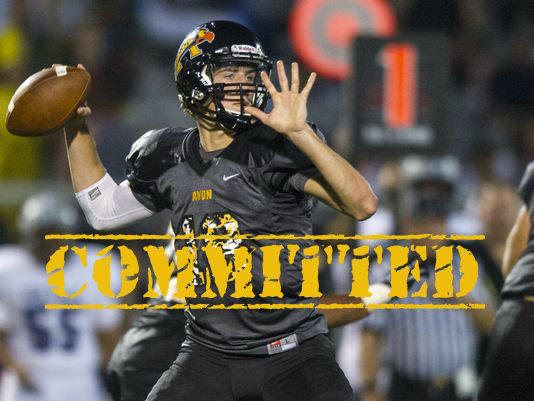 – After a fantastic visit for the Spring Game, Peters pulled the trigger and became Harbaugh’s first commitment for 2016. He has the size, smarts and arm to be a very good player under Harbaugh, and when you watch his tape, he reminds me a ton of Harbaugh’s #1 pupil, Andrew Luck, in terms of athleticism, accuracy, release and ability to make plays under pressure. 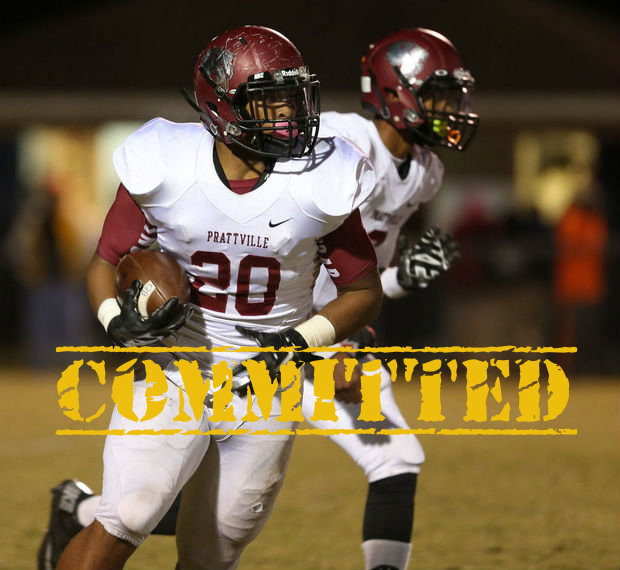 -Davis isn’t highly rated and only held offers from three other Power 5 conference teams so once Michigan offered him and landed his teammate and good friend Keith Washington (2015 CB signee), the Wolverines looked like the favorite. Add in a wonderful visit for the spring game and Michigan has it’s 1st running back of the 2016 class. 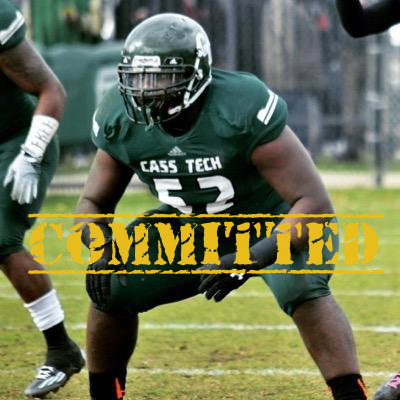 – Onwenu is a monster lineman that has the size and athleticism to be a dominant player on either side of the ball. However, I believe Michigan is targeting him to play guard but that shouldn’t stop him from seeing time on defense early on in his career. 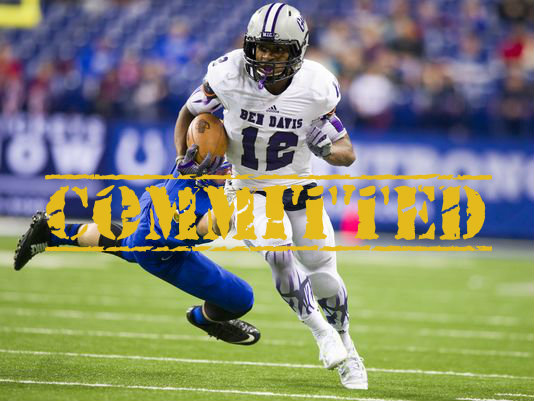 – Evans is that home run hitting threat that the offense and special teams has been missing. However, he may end up at cornerback. It remains to be seen where exactly the staff sees his future but I imagine him seeing time in all three facets of the game while in the Maize and Blue. 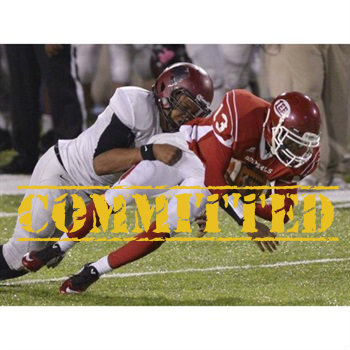 – Johnson is a hard nosed inside linebacker that has the athleticism and speed to make plays from sideline to sideline. Along with LB commit Devin Bush Jr, Michigan has two stout inside backers that have a chance to be vey good in UM’s defense. Look out for both Johnson and Harding in the future. 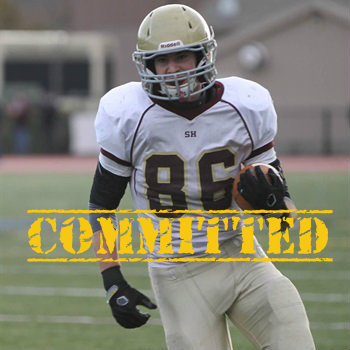 – McKeon is an old school tight end that can make plays as both a pass catcher and run blocker. He has the size and skill that should fit perfectly in Harbaugh’s offense and remind some of former Stanford standout Colby Fleener. 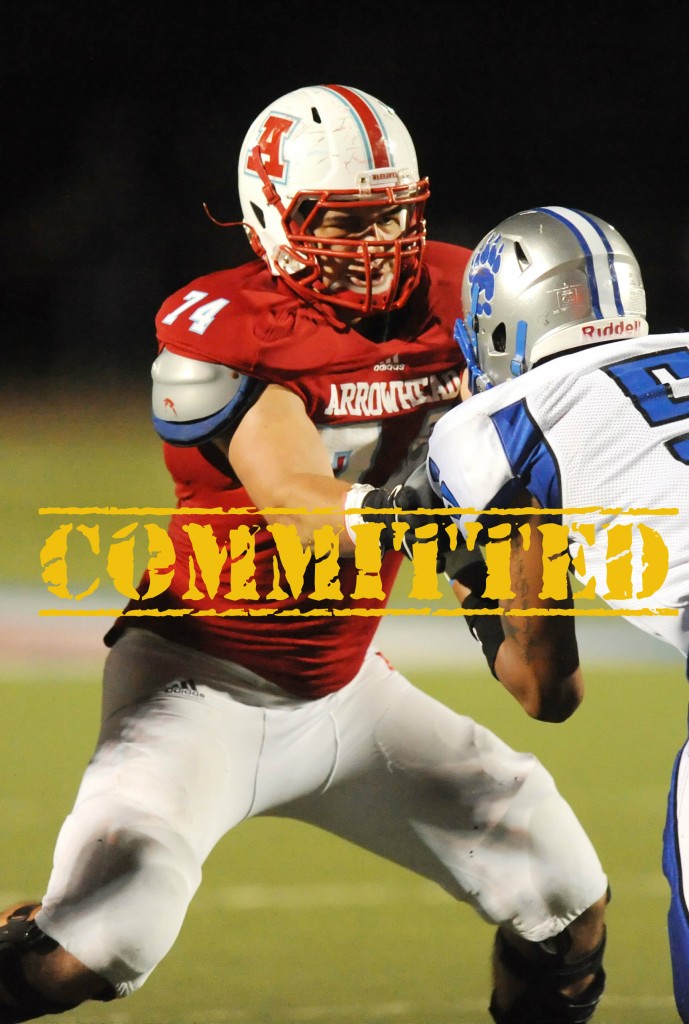 – Bredeson is a big, physical, versatile offensive lineman that has the chance to star at any position along the line at the next level. With Coach Drevno teaching him and Harbaugh’s pro-style, power offense, he has the chance to be a very, very good tackle in the Maize and Blue. 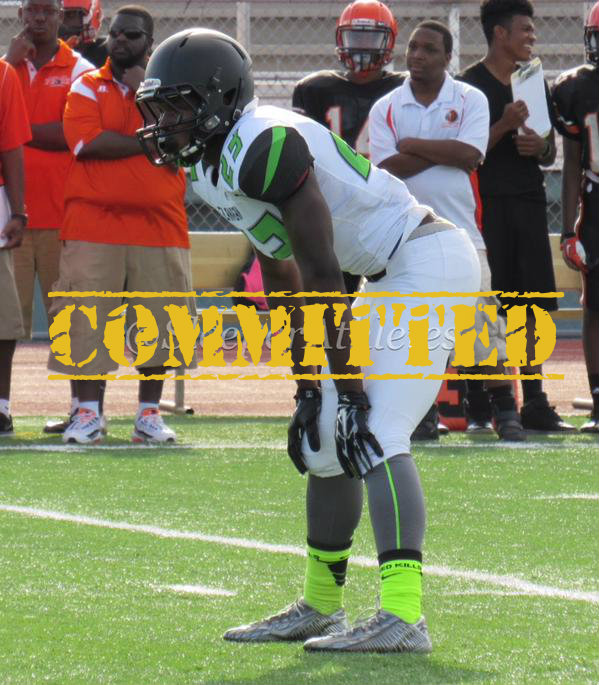 – Metellus is a hard hitting, physical safety that reminds me a bit of Detroit Lions’ strong safety James Ihedigbo thanks to his ability to make plays in the box as well as in coverage. Something that Michigan has been missing for years. 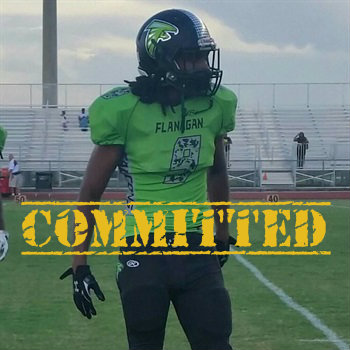 – Gil is physical, athletic safety that looks to be a great fit in UM’s defense as a centerfielder. He has the size and range to be a difference maker early on in his career, especially with the depth chart starting to open up with the graduations of Jarrod Wilson, Dymonte Thomas, Delano Hill and Jeremy Clark in the not-so-distant future. 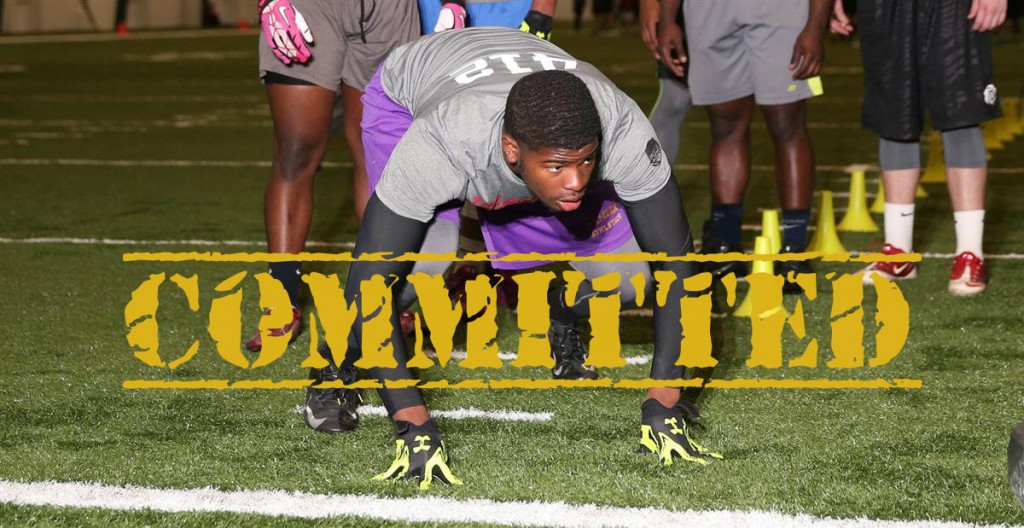 – Johnson is a big, physical lineman that has the size and power to play the strong side or even on the inside during passing plays and the athleticism to play the weakside. That versatility was a question mark for awhile but it’s why he is a nice fit in Michigan’s defense as the staff can move him all over to create matchup problems. 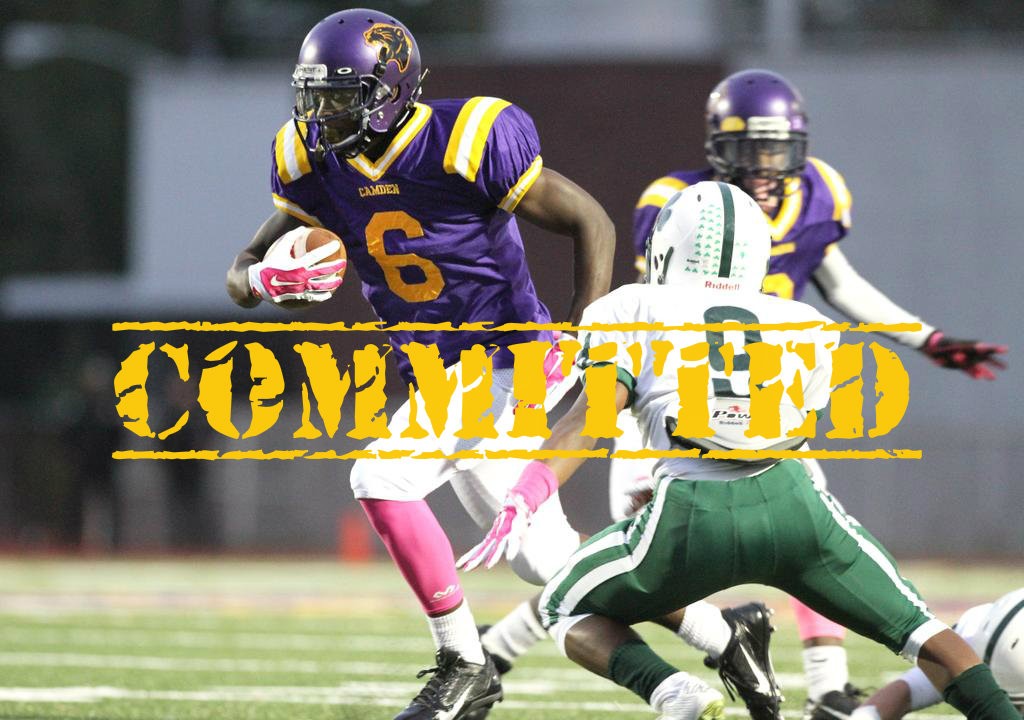 – Hawkins is a big, fast, physical wide receiver that can make the tough catches that should make him a go-to possession receiver in the future. He reminds me a little bit of former Michigan WR Marquise Walker because of his mix of size and big play ability, both of which are badly needed in Drevno’s offense. 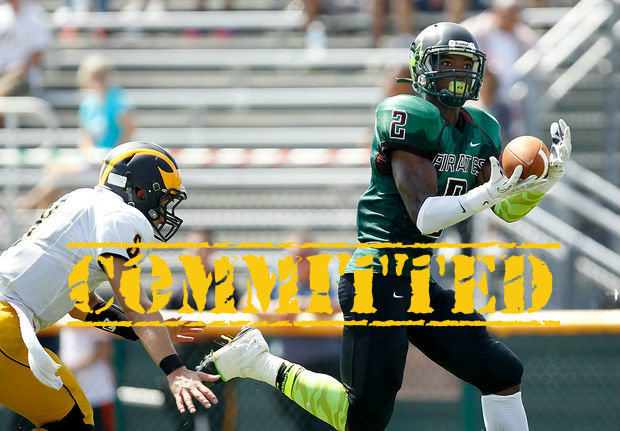 Mitchell is one of the best athletes in the entire class and should be a great fit at wide receiver. While he’s still raw, he has that height, weight, speed combination everyone wants in a receiver. If he continues to develop, he could be a very good player in the Maize and Blue, even if he spent time at safety. 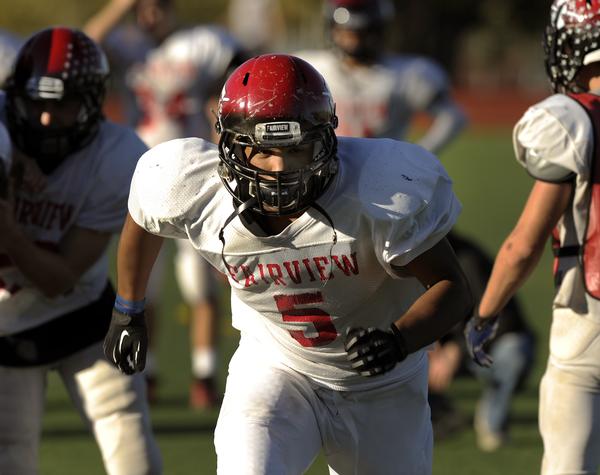 In UM’s defense, the BUCK linebacker position is known to be the most important. And that is where Kemp is projected to play. He has the size, athleticism and instincts that should fit that position perfectly. Whether he starts off there or starts at defensive end or another linebacker position, there’s a good chance he sees the field early on in his career.

Johnson is the exact type of receiver that the staff was looking to add along side big, physical receivers Ahmir Mitchell and Brad Hawkins. He is a small, quick, home run threat that can play on the outside and in the slot, which is huge since the slot depth is lacking that dynamic playmaker at the moment. 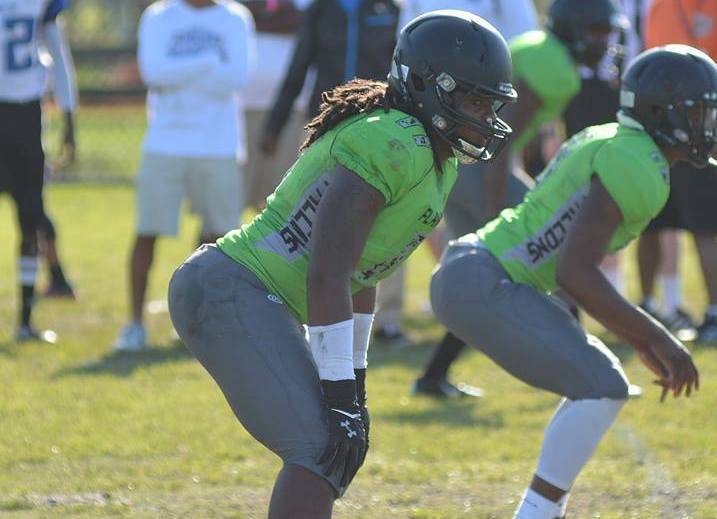 Though some believe he’s undersized, Bush is a versatile linebacker that has the size, speed and tenacity to be a game changer at the next level. He has the athleticism to make plays all over the field and should fit in Michigan’s defense perfectly. And thanks to the future depth chart, he has a very good shot at playing early and often. 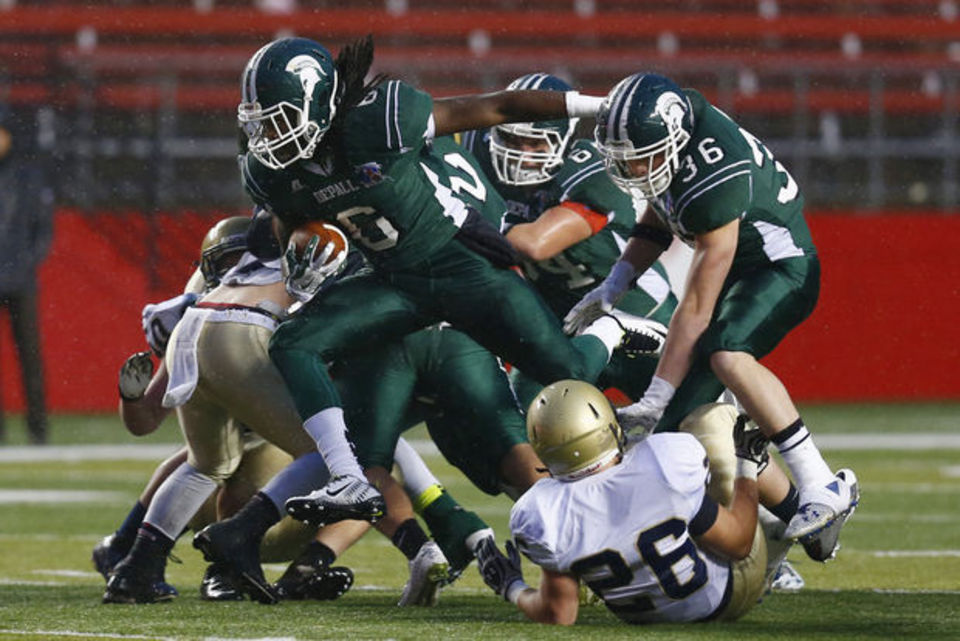 Walker is one of the top running backs and players in the class. He has the size, speed and agility that Michigan is sorely missing in their stable. And thanks to the lack of a big play threat and his early enrollment, there’s a good chance that he sees the field early and often, as long as he develops and picks up the play book. 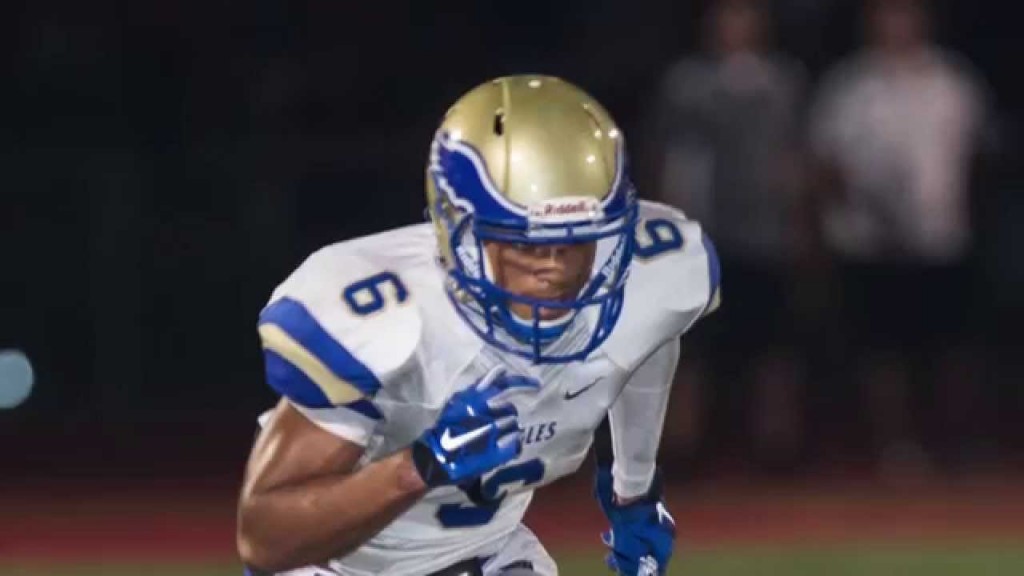 Every class features tons of legit wide receiver recruits but there are only a few that are as polished a receiver and route runner as Crawford. Though he needs to add some more weight to his frame, I believe he has a real shot to see the field from day one thanks to that technical skill as well as his athleticism and speed. Something Michigan is missing on the depth chart. 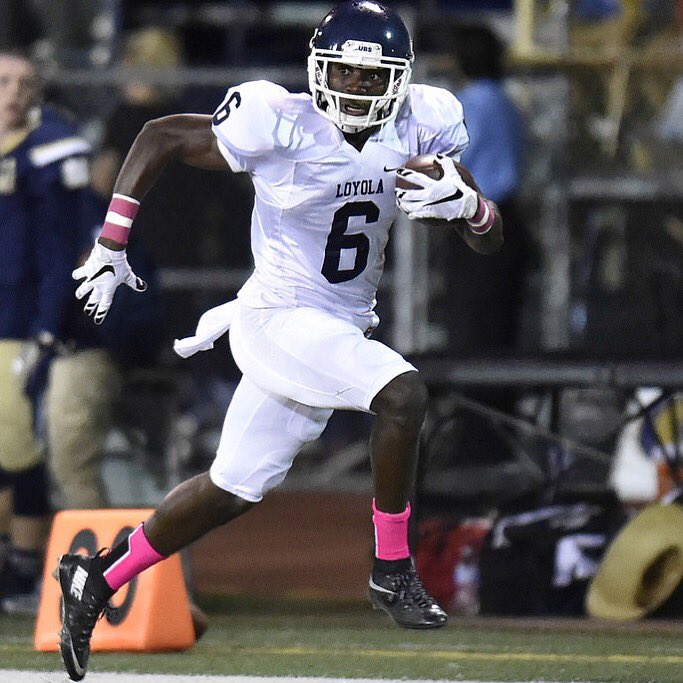 Long is one of the elite athletes in the country as he stars as both a cornerback and receiver at the high school level. He has that size and speed combination that every staff is looking for but adds in the instincts and quick feet necessary to be a #1 cornerback, something Michigan saw and targeted early on. Thanks to those traits and the talent that will surround him in Ann Arbor, he has a chance to play early and become a shutdown corner in the Wolverines secondary throughout his career. 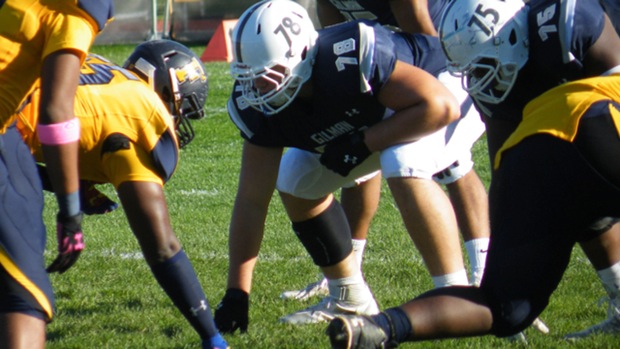 Spanellis is a big, physical, old school offensive lineman that may not have the elite athleticism to play the tackle position at the collegiate level. It’s unknown where he will play during his time at Michigan but he may be a better fit on the inside at the guard position thanks to his power, size and drive though it’s likely UM sees him at tackle at this point. 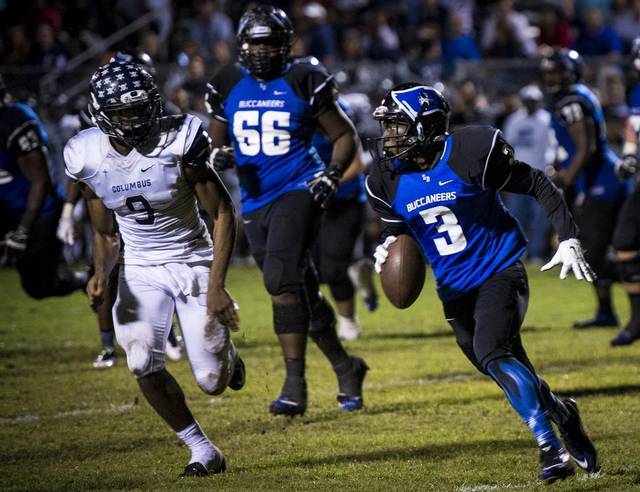 Uche is an athletic, quick hybrid defensive end that has a nose of the passer and looks to be a great fit as a Buck linebacker/pass rush specialist in Michigan’s defense. Though he needs some time in the cafeteria and weight room before being able to really contribute, he has the raw ability that could become a scary force off the edge after taking in some more coaching. 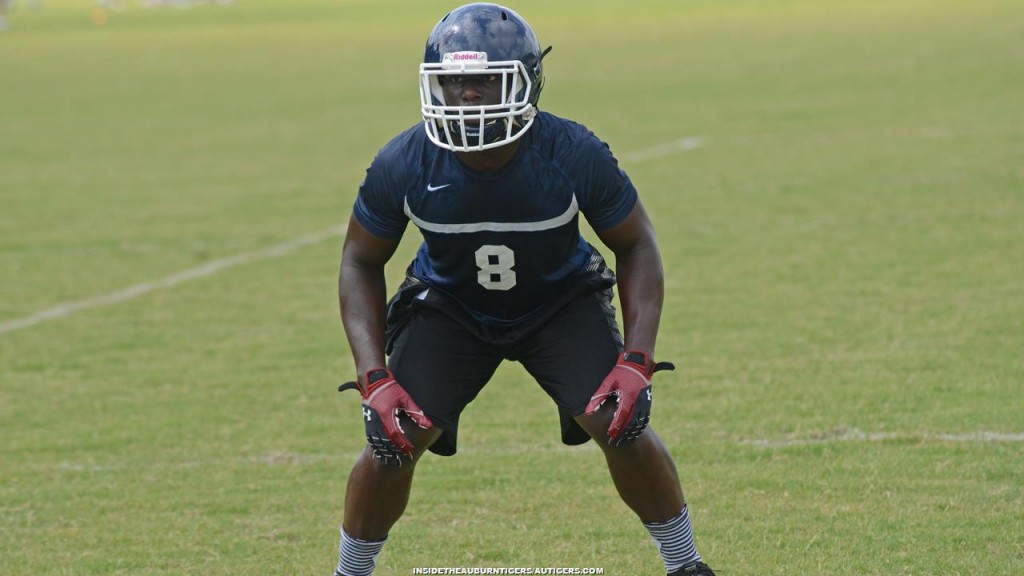 Mbem-Bosse is a big, nasty inside linebacker that has the athleticism to play sideline to sideline and match up with tight ends, something UM desperately needs on the roster. Though he’s raw, his size and speed combination could help him become a very nice player in the Maize and Blue for years to come.

Dwumfour jumps off the screen on his highlight tape and reminds me a ton of former Michigan DT Willie Henry. He has the size, athleticism, nastiness and quick twitch that would fit perfectly at multiple positions along the defensive line. Though he’s a little raw, those natural traits will give him a chance to become a big time player for Michigan during his career. 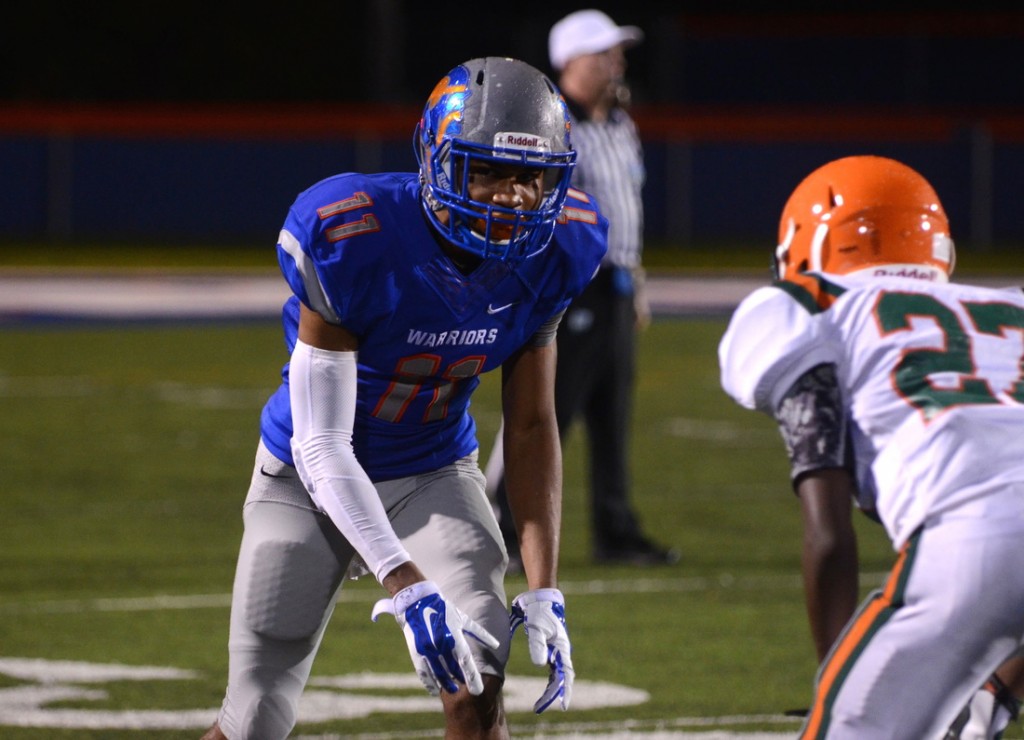 Though he looked to be a perfect fit for the Oregon offense, McDoom now becomes Michigan’s most dynamic receiver recruit and something the roster has been missing for quite some time. He has the speed to take the top off of the defense and the elusiveness to be a star in the slot. If he adds the right size and continues to develop, he could end up being one of the most impactful players in the class. 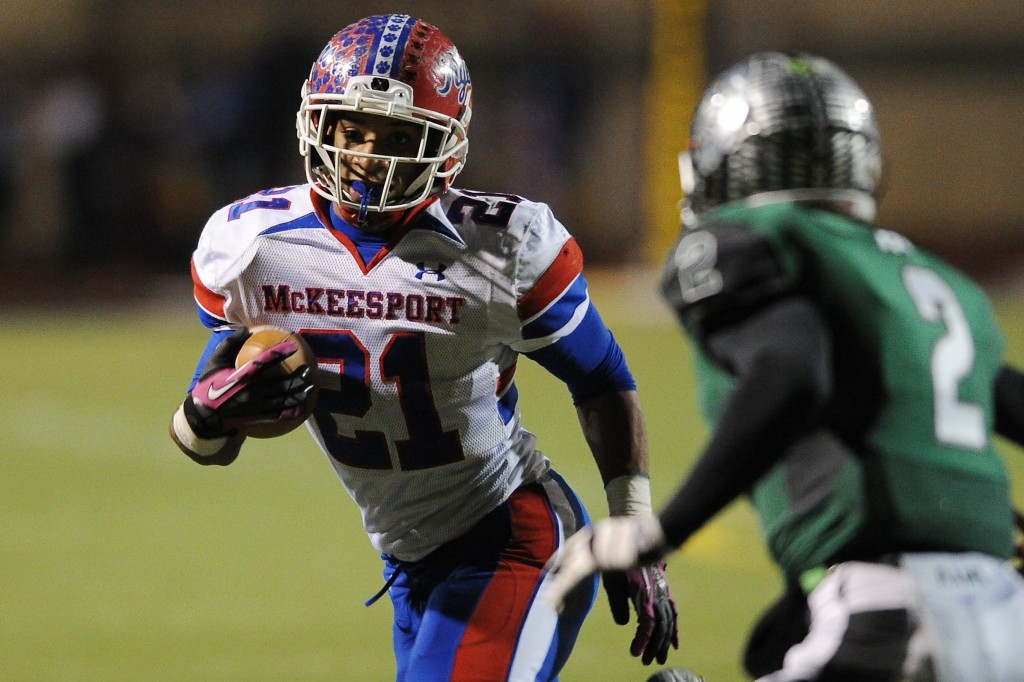 Hudson is not only the best athlete in the Keystone state but he’s also one of the best athletes in the entire country. He has the build, speed, agility and toughness to be a standout at several positions (S/LB/RB/KR) throughout his college career which has some seeing Jabrill Peppers but I think he resembles former Ohio State/San Francisco 49ers safety Donte Whitner just a little bit more. 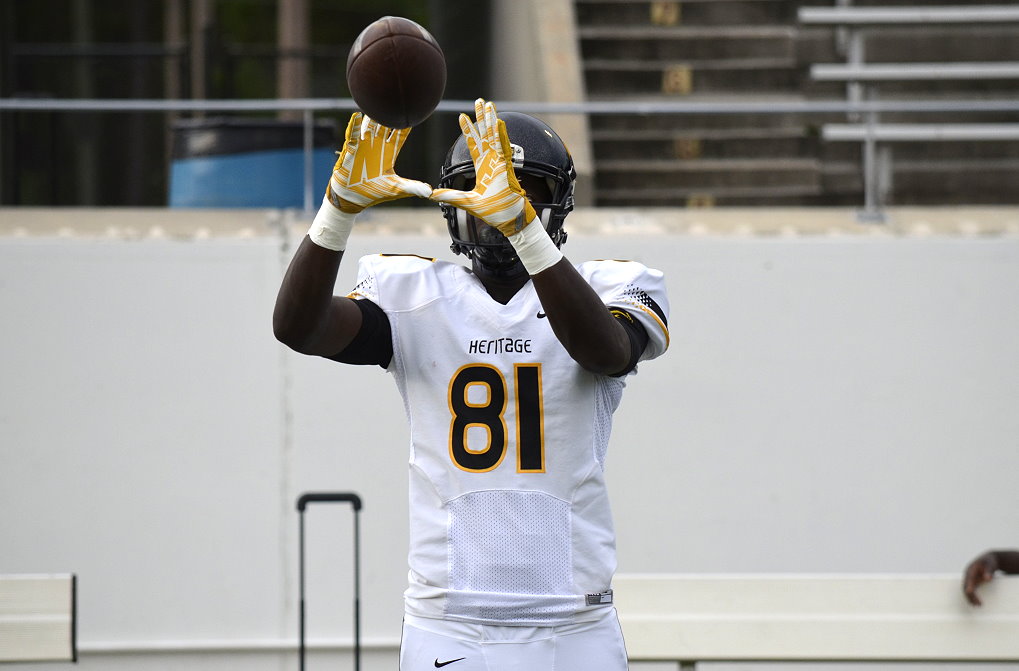 Eubanks is a long, athletic, hybrid tight end that reminds some of former Michigan standout and current Carolina Panthers receiver Devin Funchess. Though he’s not the most polished blocker in the class, he will give the Wolverines a pass catching target that can become a matchup nightmare for opposing defenses. Something Harbaugh and the staff love from their tight ends. 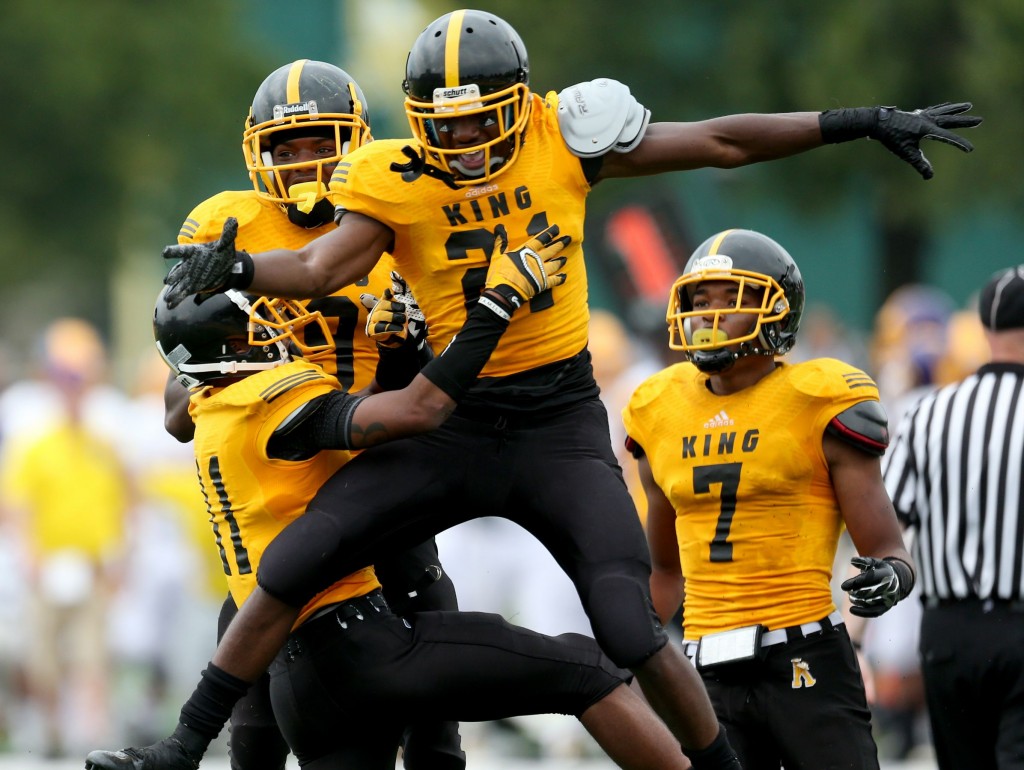 Hill is one of the best cover corners in the country and one of the best defensive backs Detroit has produced over the years, which is saying a lot when you consider the history (Jourdan Lewis, Damon Webb, Delano Hill, etc). Like Lewis, he has a chance to come in and contribute right away as the staff is always in need of aggressive, cover corners.

Nordin is the nation’s #1 kicker, according to Kornblue Kicking, and will likely see the field very early for Michigan. He has the leg strength to be a game changer in all three kicking facets, which UM will need starting in 2016. Though he’ll likely stick with being just a kicker as Blake O’Neill and the Aussie Style punters have won the hearts of the fans and staff which means they’ll likely go that route again for their punter.

Gary has been referred to by multiple recruiting analysts as the best defensive lineman prospect they’ve ever seen and a guy that could come in from day one and be a star. When you look at his tape and his performance in the Under Armour game, you can see what the analysts and scouts were talking about. His elite mix of size, power, athleticism, drive and instincts are unmatched in this class and something I haven’t seen out of a high school player since I started covering Michigan recruiting.

Asiasi is one of the most versatile recruits in the class as he’d likely be a top ranked player at either tight end or defensive end. However, tight end is his chosen position and a main reason why he chose the Wolverines. And with his mix of size, athleticism and pass catching abilities, not only could he play early but he could end up being a game changer for Michigan throughout his career.

This site uses Akismet to reduce spam. Learn how your comment data is processed.