Like so many other things in life, college football lives and breathes in cycles. Not just in the literal sense; every year we inundate ourselves with college football, taking the last few precious days of the traditional summer to dive into preseason polls, hype videos, and positional breakdowns. For every subsequent Saturday, we all devoutly participate and contribute in our own little way to the most hallowed tradition in our blood: game day. Some of us tailgate, waking up early, packing away charcoal grills, cornhole sets, and Grandma’s secret baked beans recipe; some of us put on a pot of coffee and take in College GameDay, counting down the minutes until the kicker stoically puts up his hand, signalling the beginning of the day. Some of us take long trips to congregate with like-minded fans in person, some of us congregate in smaller groups in living and family rooms; but we all congregate in our own little way for four hours every Saturday to practice what some may even call a religion: football season.

The Highs and Lows of College Football

The college football cycle is a beautiful one; punishing August and September heat gives way to a comforting and chilly breeze with crunchy leaves under each step, which turns into bitter cold and sometimes worse. After those 11 or 12 beautiful Saturdays, we are left starved for another eight months, back to diving into preseason polls, hype videos, and positional breakdowns. In that regard, the cycle makes sense; we can count on every Saturday, every season. 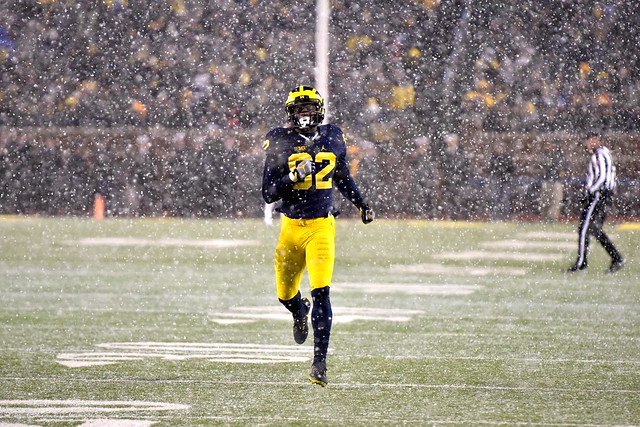 But on a different level that isn’t so concrete with calendars and countdowns, there is the human element of football, and the whole reason so many of us get sucked into the undertow with no turning back. My team is better than your team; our school is superior to your school and we can prove it with these 22 young men who play a sport better than your 22 young men. College football is subject to a more complex cycle than just seasons, it is subject to rules more difficult to define than just weekly match-ups on Saturdays: football.

It might sound contradictory or simply stupid that college football is subject to football, but what I mean is that there is a certain element of predictable chaos in the game that we love so much. A team may go on a stellar run of excellence for a few years, tipping recruits and pundits in their direction (whether it be legal or not), only to find themselves on the outside looking in the next few years. There are a few blue bloods that seem impervious to this cycle, but I think Michigan fans can feel it.

Every 8-10 years, there is a changing of the guard. Not just in terms of who graduates, who is anointed the next captain, who wins the Heisman, or who is the #1 overall pick; but on a larger scale, coaches change and new legends emerge. New stories are written, not just in the sense of “do you remember that time when…” but one or two players come along that will be talked about for decades after they are gone. Things seem to click. The team doesn’t just win games, but it wins hearts and minds and creates hundreds if not thousands of new fans not just because of the good football but because of the memories they create along the way. For a few brief years in a small window, teams have a chance to be truly great. Great in the sense that means more than winning football games or just developing a flock of future NFL stars, but great in terms of creating a legacy with an already historically great program.

Michigan’s hard times were not unique to other powerhouses. Notre Dame went 4-8 last season after appearing in the BCS title game in 2012. After winning 25 games between 2008 and 2009 in Mack Brown’s finest hours at Texas, the Longhorns had losing records the last three seasons for the first time since 1935-1938. After Pete Carroll’s dynasty at USC, they fell on hard times amidst recruiting violations and are now back as a top 5 program. It happens to everyone at one point or another.

The Highs and Lows of Michigan Football

20 years ago, Lloyd Carr and the Wolverines won the National Championship on the shoulders of Heisman winner and program hero Charles Woodson. For the next few years, Michigan was one of the best programs in the country though not the best, finishing in the AP Top 10 3 different times and losing the Game of the Century against OSU in 2006 that ultimately decided the National Champion. A plateaud run of 8- or 9-win seasons under Gary Moeller and early Lloyd Carr crescendoed and peaked the cycle with the 1997 championship and slowly waned in the following years.

10 years ago, there was another changing of the guard, but not for the better. Lloyd Carr retired after an ugly regular season but finished on a high note, beating Tebow’s and Meyer’s Gators in the bowl game. Shortly thereafter, a coach that used the spread offense to win a lot of games in a short period of time took over at Michigan and brought his spread offense with him, ushering in a 3-9 inaugural campaign, the worst record at Michigan since the 1960s. It didn’t get much better; after three ugly seasons, it was time for a “Michigan Man”, a phrase that was thrown around so often in those cold winters that it grew bitter on the tongues of the faithful. What came next was not much better.

Brady Hoke was a fantastic recruiter and an ethically commendable man who fit the bill of “Michigan Man” in every capacity other than the win column. After an 11-2 inaugural season, he was deemed the savior and Michigan was BACK! Other than Denard Robinson, what came next for the program was in some ways worse than what Rich Rod brought; botched concussions protocols, shutout losses to rivals at home, ugly jersey combinations masked as marketing ploys to feign excitement, and an empty Big House. Hoke was fired and is now on his 3rd job in 4 years. 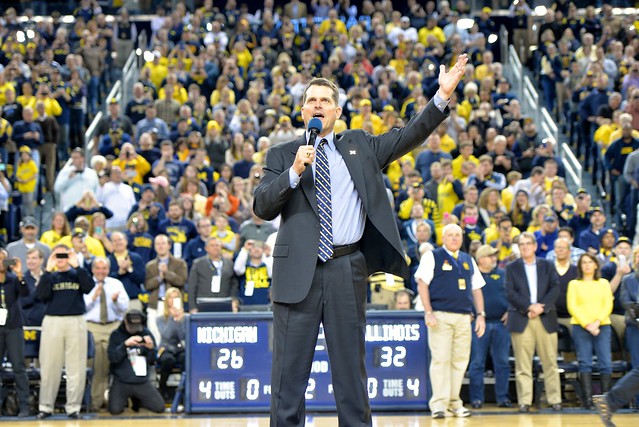 We all know the story of the this changing of the guard. After Hoke came Jim Harbaugh, human eccentricity, proclaimed quarterback whisperer, and to please the old school, a “Michigan Man”. Using a grad transfer quarterback, a load of recruits to fit a previous system, and expectations somewhere in the stratosphere, Harbaugh did something that Michigan fans hadn’t seen in the previous 8 years: he delivered. Rudock became the second quarterback in program history to throw for over 3,000 yards in a single season, he poached a seemingly unknown defensive coordinator from an unsuccessful school in Boston to create a historically successful defense, and won 10 games in consecutive seasons, something that hadn’t been done at the school since 2002-3.

The Future Peak of Michigan Football

In Year 3, we are entering another fresh cycle and slowly climbing the mountain to another peak. In my lifetime of the past 25 years, Michigan football has clinched the ultimate goal in a National Championship and a Heisman winner and Michigan football has also seen the ultimate sorrow. It was a slow decline from postseason #1 to 3-9, and it’s been a slow ascent not only back to relevance but now the final steps to greatness. 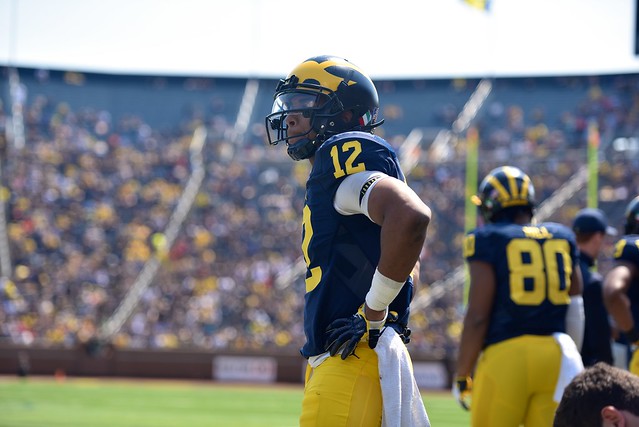 In Year 3, most of the roster are recruits and players handpicked and developed by Harbaugh and his staff. There are still a few from the previous regime, coached up to break the bad habits and perform past their expected ceiling. It’s clear that Michigan is a force to be reckoned with on the football field, but they couldn’t just put the final pieces together last season. This year, an extremely young team led by a few non-Harbaugh recruits is the perfect symbol that the changing of the guard is completing its final stages.

The quarterback situation may seem sticky right now, a few days out from kickoff, but behind Speight are Harbaugh-chosen quarterbacks ready to roll. The defensive line is the most talented group, a combination of two Hoke recruits, a converted fullback/outside linebacker from the Hoke era, and glued together by the 2016 #1 overall recruit with a 5-star and a near 5-star freshmen backing them up. The two captains, Mike McCray and Mason Cole, have been with the program from the dark days and even though they might not be on the team that wins a National Championship, they will have witnessed that ineffable cycle at its most noticeable.

2017 will be a preview of things to come. Few expect Michigan to beat Penn State or Ohio State this season, even though both of those games are winnable to say the least. Because the team is so young and still sweating out the last of the toxic Hoke days, they aren’t expected to win the conference let alone be a playoff team. MGoBlog’s Brian Cook put it beautifully – “This is a transition year between The Year and The Year, unless it isn’t.” This year may not be “The Year”, but if studying the history of college football has taught us anything, it’s that The Year is right around the corner. When Harbaugh came back to Michigan, no one was expecting 20 wins in 2 seasons. He’s ahead of the curve when it comes to terms of rebuilding or reloading, and in the future (a nearer future than we think), things will click. This team won’t just be good. They’ll be memorable.