Michigan started off yesterday a little shaky, which had most thinking “uh oh”. However, the team quickly fixed the issues and Team 136 went on to put on a show defensively and offensively in front of nearly 110,000, including several recruiting targets.

So, what did they think of the game and visit? Here are some quick updates from the recruits on hand:

“This visit was great. The Energy was in the building I had a great time with a couple of commits. I can see myself flying around like Dez and Ross next year.” 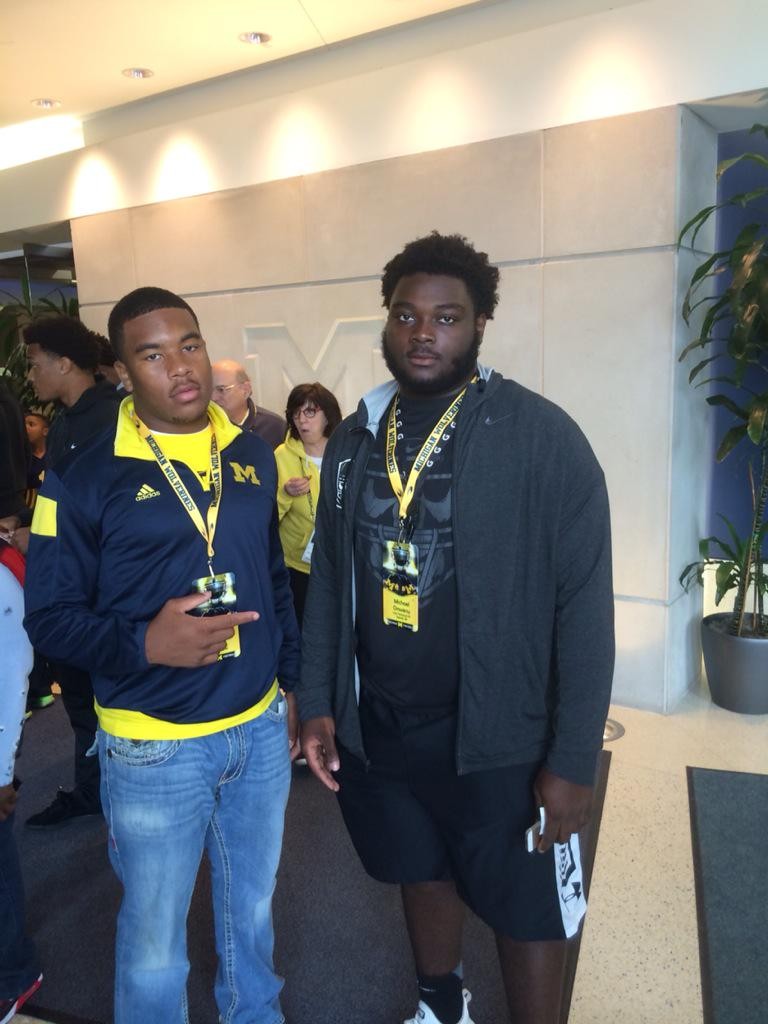 Let's hope I can make a dream become a reality. Had a fantastic Michigan… https://t.co/eybNk79q9e

“It was good! I had a lot of fun and could defiantly see myself playing in front of 100,000 people lol”

As for an offer, he said the staff wanted to get to know him first before possibly extending an offer.

“We had a guy take us around the facilities, then watched Michigan destroy (Oregon State) haha”

On my way to Michigan 〽️

“It was great I really enjoyed myself!”

As for how Michigan looked: “The Defense look very sharp in the second half, special teams was really the greatest aspect in my opinion, and they had a great running game on offense”

As for the staff’s interest, he told me they are interested and will be keeping an eye on him.

“It was great had a amazing time!”

I was unable to get ahold of some of the other top names that were visiting thanks to a majority of them heading over to East Lansing for Michigan State’s big win over Oregon. But as I’m able to get in touch with visitors, I’ll update the list so make sure to subscribe to the newsletter above so you won’t miss a post.