But how big of a hire is it?

Simply put, this is a home run hire for Michigan. Not only is Bush Sr. a former star at FSU, 1st round draft pick and Super Bowl champ but he’s also one of the most well respected people in, arguably, the most talent heavy region in the nation.

I caught up with Warchant.com’s Ryan Clark about Bush’s impact at Michigan and he is expecting great things thanks to the new defensive analyst’s personality:

As for an impact, he can relate to kids and he’s honest. Covered a 7on7 and between games saw how he was with his kids. He got them food and one of them did not say thank you. Bush called him out. The kid apologized. He did not make a scene out of it. Devin handled it like an adult.

That type of respect will go a long way with both recruits and parents but that isn’t all that Bush brings to the table. He also has the enthusiasm and results on his side, which includes an 8A Florida State Championship at what Clark called a “baseball school”:

Also, he brings energy. Flanagan is a baseball school and it will always be that way. It takes energy for to build a program the way he did. Especially at a public school where it is near-impossible to be a consistent title contender.

On top of speaking with Clark, I was able to catch up with another person with ties to South Florida and Bush Sr. who believes this hiring is “big time” for Michigan and something he and Bush Sr. “had been talking about for months”.

Another question that was asked by at least one person was if Bush will really be able to recruit in his role. Well, while he can’t make recruiting visits, he will still be a big part of the recruiting team in Ann Arbor.

Bush Sr. spoke with The Michigan Insider’s Sam Webb about his new gig and what he’ll bring to the table on the recruiting side of things ($):

I feel like I‘m very qualified and that I’m a very intriguing figure in the recruiting process because the kids that we’re going out trying to recruit… everything they think they want to do, I’ve done it,”

Just to remind you, here’s a list of Bush Sr’s accomplishments:

You can see what he means when he says “everything they think they want to do, I’ve done it”. It’s something that has helped Harbaugh and several other members on the Michigan staff on the trail already and should be a huge hit in South Florida and beyond for Bush. 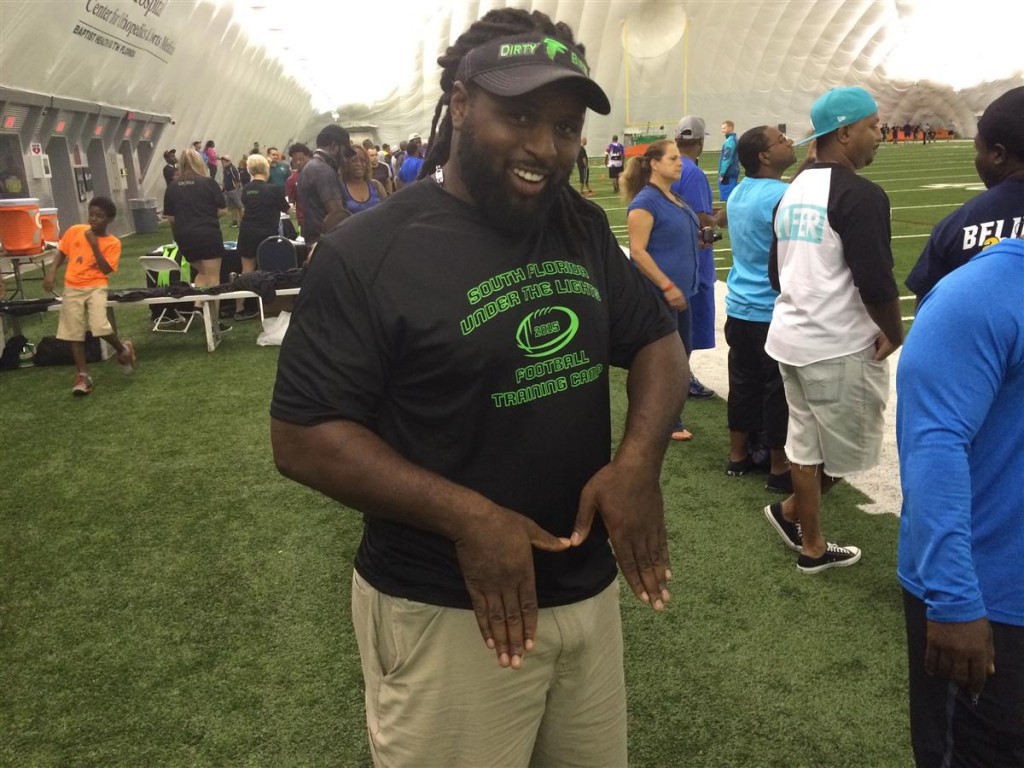 As for the name that everyone will keep an eye on now that Bush is officially a part of the Michigan program is a former player of his, Flanagan (FL) CB Stanford Samuels III.

Michigan looked to be running 2nd to Florida State, the odds on favorite, for the majority of his recruitment up to this point. But this hiring may have swayed things a bit. Both Stanford Samuels III and Jr. (his dad, best friend of Bush Sr., and new Flanagan head coach) tweeted out some very pro-Michigan reactions to Thursday’s news:

I still believe Florida State will be a very tough team to beat for Samuels III but this is definitely a step in the right direction. The Michigan staff now has another “in” for one of the top players in the class to go along with three of his former teammates signing with the Wolverines in 2016. Look for SSIII to be on campus a couple times before NSD 2017.

So, whether Bush Sr. helps land his former program’s top recruit or not, what do you think about the hire? Let us know in the comment section below!