Well, I think every Michigan fan learned a valuable lesson on Saturday: Never cheer for your arch rival. After Michigan took care of business against Penn State, all they needed was for Ohio State to beat a Connor Cook-less Michigan State at home to set up a Big Ten East Championship Game at the Big House. However, that didn’t happen but it still doesn’t take away from how huge The Game is on Saturday.

More than Just a Big Visit

To go along with the huge game, Michigan will be hosting its biggest and best recruiting visit of the season and one of their best of all time. In that large group of official visitors, there will be some of the nation’s top players, including OG Terrance Davis, LB Dontavious Jackson and ATH Mecole Hardman, as well as top 2017 and 2018 targets like LB Corey Malone-Hatcher, WR Nico Collins and QB Allan Walters.

Check out the full list of expected visitors for the Michigan-Ohio State game.

With all of those names coming, most would think a commitment is likely. Well, after doing some digging, they’re right and it’s very possible. Not 100% but there are a couple visitors that have let me know that a commitment could very well happen during the visit.

I can’t give any names away at this time but there’s a real chance of multiple #CommitWatch warnings.

Speaking of commitments, hardcore Michigan recruiting fans have been hearing about UM having multiple 2016 silent commitments since the summer. Several different names have been thrown out there as possible silent commits but it’s not known exactly who it could be (if anyone).

So, have any top 2016 targets already pledged to Jim Harbaugh and the Wolverines? I don’t know for 100% but there’s now more evidence to point to it.

Bucknuts’ Bill Kurelic spoke with a recruit being targeted by both UM and OSU and received a very interesting message from the recruit ($):

When the prospect got to Michigan he talked about their 2016 recruiting class, and again unprompted, said Michigan has “three or four commitments nobody knows about.” He said he knows about them, but as one would guess, did not name them. The three or four prospects that were most likely being referred to would be defensive tackle Jordan Elliott, linebacker Devin Bush Jr., running back Kareem Walker and defensive tackle Rashan Gary.

Kurelic looks to be just taking a guess here though all of those names do make sense to be a silent commits since they are all said to be very high on Michigan and happen to be big time recruits that are still taking visits and the public commitment status could be distracting. But, like with all reports of silent commitments, take it with a grain of salt.

One of the highest rated names out of the silent commit guesses, RB Kareem Walker, is looking more and more like a lock to end up at Michigan. After talking to my Ohio State source again, they let me know once again that they are still very positive Walker ends up at Michigan:

I’m sticking with my guns on Walker. He’s a Wolverine”.

To help out that feeling, Walker was rockin’ a Michigan towel at his playoff game on Saturday: 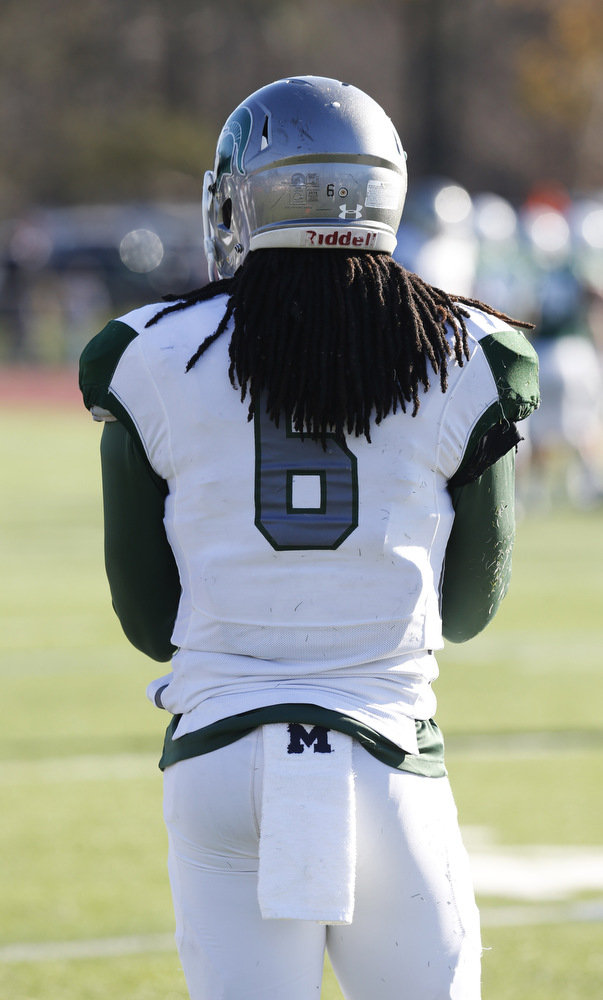 Most of the time, I would say “don’t read too much into this” but from everything I’ve heard and gathered, feel free to read into it. I don’t know if he’s one of the silent commits mentioned above but let’s just say I would be completely shocked if he ended up elsewhere.

Very Blessed and Thankful to receive my 3rd football offer from The University of Michigan!!! #GoBlue 〽️🔵 pic.twitter.com/z11mXybS2k