Every year, there are players that breakout and show the world what they have to offer during the spring game. In the past, it’s been the likes of Jake Ryan and Freddy Canteen. So, who will it be this year?

Here are my 5 breakout candidates for the 2015 Michigan spring game, starting of with a very easy and obvious choice:

– Easy pick. While he may be the most famous player on the roster, Peppers only played in 2.5 games his freshmen year thanks to an injury. So, he has yet to show much on the game field but has been the best player throughout spring practice. Im predicting multiple big hits, an interception/fumble recovery and a big special teams play from the future team captain.

– While Peppers has been the most highly spoken of defensive player, the true freshmen Cole has been the top offensive player. He has the size, athleticism and speed to be a star and could possibly be a first teamer for the spring game. He’s playing in the slot, so expect multiple catches and at least one big play at receiver or as a return man. 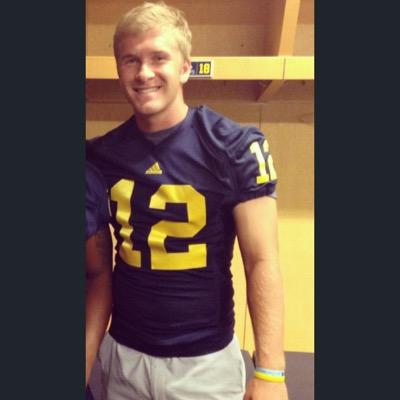 – The 2nd true freshmen on the list, Malzone has been getting very good reviews throughout spring practice. His escapability and ability to make all of the throws seem to be the common thread. While his talent isn’t questioned, why I have him over Morris and Speight may be. That is because I believe Malzone will be the most consistent of the three and will lead multiple scoring drives. It’s not a complete knock on the other two, I believe both will have some big moments but also some turnovers. I’m predicting this is the moment where Malzone becomes a legit possibility to start against Utah.

– While Peppers is my top breakout candidate, I believe his backup will also have a big day. Hill’s size, speed and athleticism combo is similar to former star Wolverine safety Jamar Adams (IMO). Expect him to get a lot of run with the teams evenly divided, so I’m predicting multiple tackles and a big play (turnover/big hit). 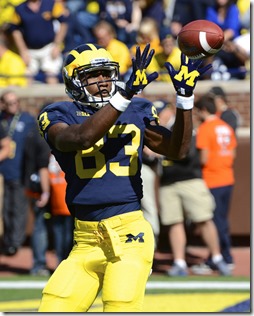 – Dukes is a name that most wrote off as a bust of a recruit but it looks like it may just have been a coaching staff thing. From multiple reports, Dukes has become a real factor on the outside thanks to his size and jump ball abilities. Look out for him throughout the entire game, I’m predicting at least 3 catches and one big play (long reception/touchdown).