Announcers can make or break the quality of a broadcast, there is no getting around that. Personally, if I could have Gus Johnson not only broadcast every game I watch but also have him narrate my life, I think I would be a much more successful human being.

My affinity for the most excitable announcer aside, athletic broadcasts, specifically college football, are becoming more and more scientifically generated. By that I mean the talking points are predictable, stereotypical buzzwords are thrown around like candy, and most announcers are pretty much interchangeable from one to the other, especially when it comes to a huge game like the one this Saturday in East Lansing. I’ve narrowed down some of the most used phrases and cliches in sports en route to the most fun you can’t have watching a football game without the football.

If you’re like me and plan on watching the game on your couch rather than with the droves of Wolverine fans commuting to the state’s capital (well, kind of, East Lansing is a bit further away from downtown), then I want you to join me in the game within the game: the MGoFish Michigan vs. Michigan State drinking game.

Grab your Miller Lites or Manweisers (if you are of age, of course) and listen up: 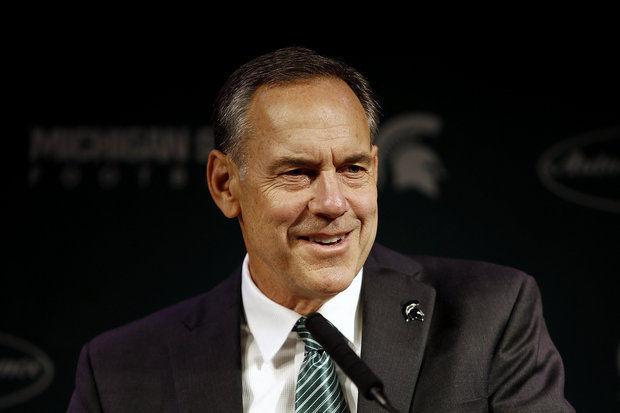 Header photo courtesy of The Comeback